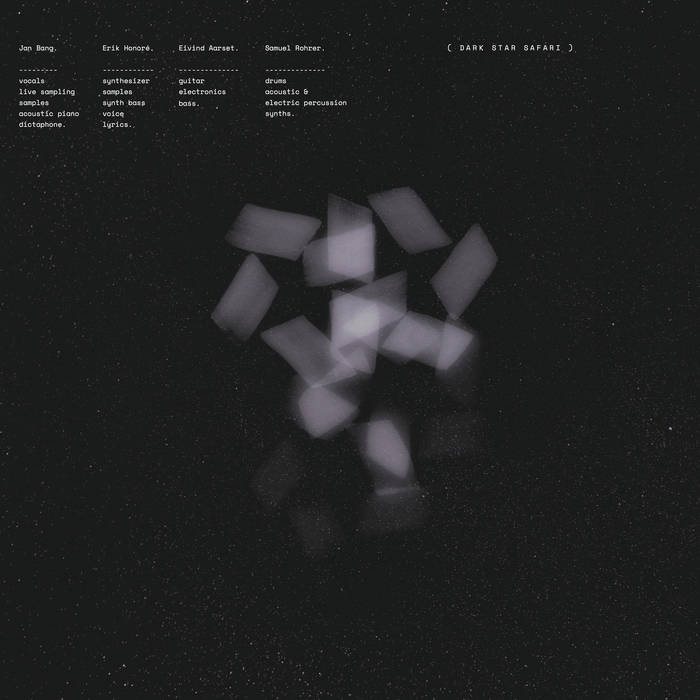 Dark Star Safari is the work of four kindred spirits, their open modus operandi, and a remarkably interconnected creative nerve system. Key to their collaboration is an organic freedom that enables the music “to fill itself in", to be self-actualizing via the musicians as medium. The music of the 10 songs resulted from a two-stage process: an initial phase of free flowing open improvisation, and a subsequent exploratory phase where hidden potentials were discovered and nurtured.

Recorded in Dec. 2017 and mixed in June 2018 by Ingo Krauss at Candybomber Studio Berlin. Additional recordings at Punkt Studio Kristiansand, The Green Room and home-studios in Oslo and Berlin during Spring/Summer 2018. Mastering and Vinyl cut by Mike Grinser at Manmade Mastering Berlin, December 2018.

arjunamusic records is a Berlin based, independent platform for electronic and acoustic music founded in 2012.

Bandcamp Daily  your guide to the world of Bandcamp

New sounds from Mavi, Ivy Sole & Moderator, plus AJ, the One joins the show, for her latest release